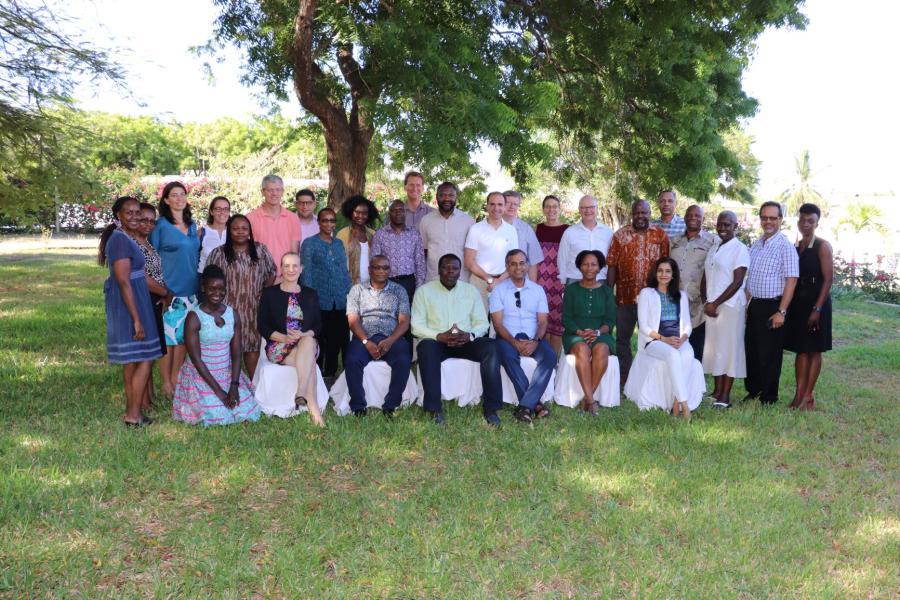 NAIROBI, Kenya - Devolution and ASALs Cabinet Secretary Hon. Eugene Wamalwa has said that the reforms being carried out by the United Nations are enabling the global agency to align its activities better and coordinate more effectively in delivering on national development priorities.

As the co-chair of the UNDAF National Steering Committee, Mr. Wamalwa was addressing the heads of UN agencies in Kenya at a retreat that is reviewing the UN Country Team’s achievements, one year since the launch of the 2018 – 2022 UN Development Assistance Framework (UNDAF) in June 2018. “It is almost two years now since we started walking the journey together to develop what has now become one among the best-in-class UNDAFs. The UNDAF and Delivering as One in Kenya is a result of UN member states’ desire for increased coherence in development partnership, and a specific request by the Government of Kenya for stronger accountability for results”.

He said that the Government recognizes the UN leadership for its determination to ensure every project responds and aligns to priorities such as President Kenyatta’s Big Four development agenda.

The CS pointed out the Kenya-Ethiopia cross-border programme as an example of programmes that are using innovative approaches to solve emerging threats.

“This is a programme that will transform our borders from centres of conflict to centres of resilience,” he said. A similar programme will be launched along the Kenya-Uganda border.

Through its Emergency Trust Fund for Africa, the European Union (EU), is supporting the €68 million Cross-Border programme that is covering the entire length of the Kenya-Ethiopia border, south-west Somalia and the cross-border area between Western Ethiopia and East Sudan.

Between 2018 and 2020, various stakeholders including IGAD, the UN and governments in the four countries will implement projects that aim to promote stability by building up local-level peace and security structures and provide investment to support the socioeconomic transformation of the areas through cross-border trade, greater resilience and diversified livelihoods.

“For decades, the people of the border regions of Africa have grappled with violent conflict, climate shocks and marginalization, with the communities finding themselves with little prospects, a widespread sense of exclusion that predisposes them to radicalization and extremism,” said Mr. Wamalwa.

UN Kenya Resident Coordinator Siddharth Chatterjee said that under the UNDAF, 21 UN agencies based in Kenya will raise & contribute about US$1.9 billion to implement the new UNDAF.

He said that the UN and the Government of Kenya, through its Strategic Plan for Devolution, have put in place various initiatives for integrating and transforming communities in ASALs and cross-border areas, aiming to unlock the potential of the regions and accelerate national development.

Chatterjee added that, “The reforms being advanced by the UN Secretary-General Antonio Guterres are very keen on the nexus between peace and development, and in Kenya we are frontloading development approaches in those regions that have previously been at the periphery, in line with the SDGs mission of leaving no one behind and reaching the farthest first.”