UN in Kenya Response to a complex humanitarian crisis of COVID-19, Floods and Desert Locust Invasion

Since the beginning of the year, Kenya has gone through a triple humanitarian crisis of Covid19, Floods and Locust invasion that have threatened the economy. 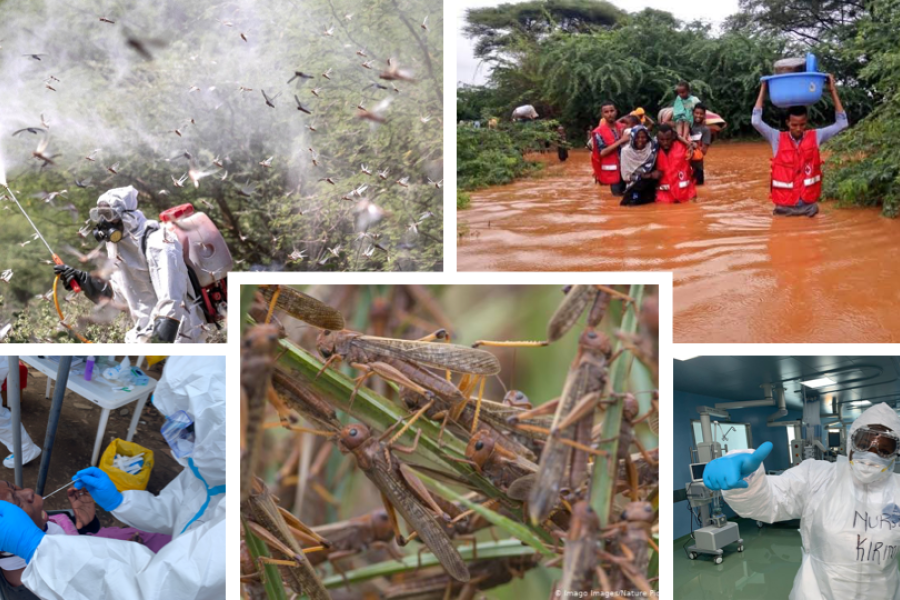 Kenya has gone through a series of unprecedented humanitarian triple crises of COVID19, Floods and Locust invasion
Photo | RCO Kenya

Since the beginning of the year, Kenya has gone through a series of unprecedented crises, where within six months it has experienced the worst locust invasion in 70 years, heavy flooding that has left several people dead and thousands displaced, and the COVID-19 pandemic that is taking a toll on health services and the economy. This triple-whammy has occurred in a context of significant vulnerabilities as well as increased humanitarian needs, which have severely impacted on all sectors of the economy especially health, food security, education, infrastructure and livelihoods.

The locust invasion hit Kenya in December 2019, spreading fast to 20 counties, affecting over a million hectares of grazing and crop land. Most affected are the arid and semi-arid regions that are already grappling with low human development indicators. This was followed closely by the long rains in March, which created an ideal breeding ground for the locusts and exacerbated the already difficult humanitarian crisis. The heavy rains caused death, displacement, flooding and landslides in multiple locations across the country affecting over 233,000 people. Damage to infrastructure, including schools, houses, roads and bridges, as well as over 8,000 acres of farmland was reported.

It was still in March that the first case of COVID-19 was reported. Since then the number of people infected by the virus has been on a steady increase. Nairobi and Mombasa Counties are the hardest hit, registering high number of community-based infections. The government's immediate action has focused on strengthening the health system, which was facing major challenges even before the pandemic. Other policy measures such as travel restrictions, school closure, nightly curfews, cash transfers for the needy, suspension of public gatherings and closure of most businesses helped to contain the spread, but had negative impact on the economy, including massive job losses.

The United Nations in Kenya has been a trusted partner in these crises, and is working with government, international donor agencies and private sector to redeploy existing resources and mobilize additional funding to support the national response. The UN in Kenya repurposed $45 million from the United Nations Development Assistance Framework (UNDAF) towards the COVID response, and deployed over 80 staff to the government response structures. In partnership with the Government of Kenya, the UN launched a Flash Appeal to mobilize $267.5 million to support more than 10 million vulnerable people affected by the pandemic.. The funds are supporting the national and county governments to maintain health services especially in procuring Personal Protective Equipment (PPE), laboratory testing kits, reagents and case management. Frontline health workers have been trained across the country on rapid response, contact tracing and data management.

In response to the locust invasion, the UN Food and Agriculture Organization (FAO) embarked on a number of interventions including procuring pesticides, sprayers, and surveillance tools including E-locust that is used to monitor desert locust movement. Partnering with the national government, the UN engaged over 500 youth from the National Youth Service to undertake on ground spraying and hired aircrafts to facilitate more effective aerial surveillance. Longer-term interventions include providing technical and financial support to strengthen emergency interventions in arid and semi-arid counties. Vulnerable households will receive food security and livelihood direct support through cash transfers and indirectly through safe access to agricultural inputs and services in line with existing government programs. So far, the locust menace has been contained in most counties except Turkana and Marsabit, where all efforts have been put in place to control them.

To support those most affected by floods, the UN has also worked closely with the government and the Red Cross in the construction of shelters and provision of household items such as kitchen sets, mosquito nets, soap and dignity kits. Long-term measures such as building dams, ensuring residents are not living near waterways as well as early warning systems and mechanisms are being considered.

The UN is also using the framework for the immediate socio-economic response to COVID-19 to support the government in coming up with an Economic Recovery Strategy (ERS) that is applicable to all other interventions. The framework presents an immediate, short-term offer and links to the longer-term sustainable development priorities towards ‘building back better’ with more resilience and security, to future shocks and crisis towards empowering the vulnerable to take full control of their potential. This requires effective policies and strategies focusing on education, health, employment, social protection, financial inclusion, gender, agricultural productivity, special funds for youth, women and persons with disabilities implemented at national and sub-national levels. 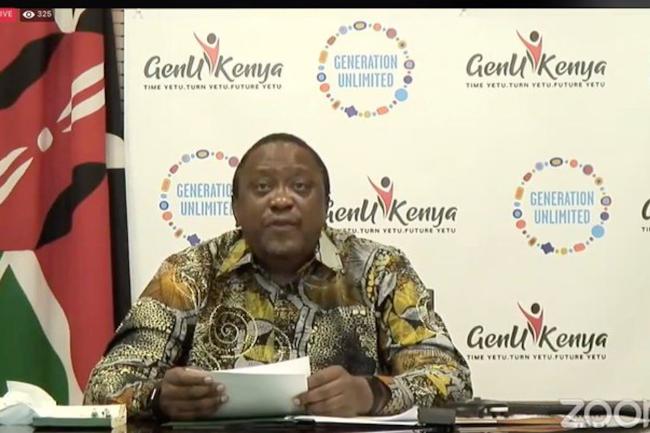 Government of Kenya and the United Nations to step up efforts to advance education, training and jobs for millions of young people 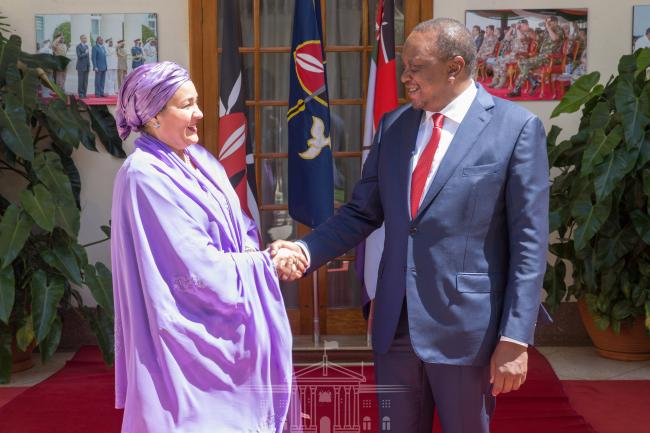 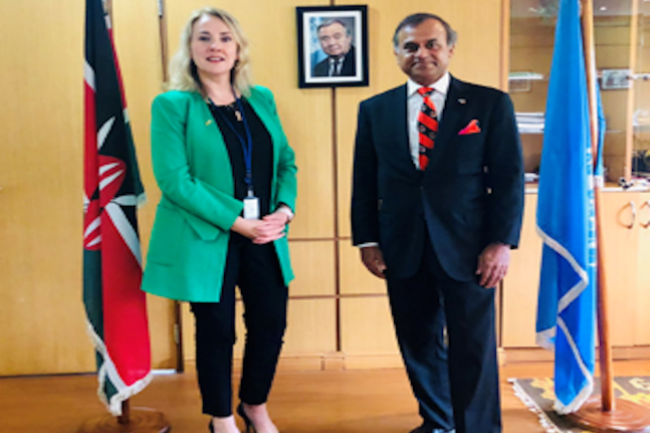